I am 51 years old now. I am off the street. I live in a safe environment. I am staying out of the hospital. I stopped using drugs and smoking cigarettes. I am trying to have a better life. Cornerstone has really given me my life’s back.

I ran to the street at a very young age. My life at home was tumultuous. Both my parents were extremely abusive and I had to leave as I was afraid for my life. I found out much later in life that when I ran away my parents did not bother to report me missing to the police.

Life on the street was scary. I hooked up with other street kids and engaged in behaviors that no kid should have to endure. Because I looked so young the police were always picking me up and taking me back to the group homes, I never stayed long. I had to run. I started doing tricks to survive.

I ran to Toronto and worked on the “busy” stroll. I made good money but most of it went to my pimp. When I was 18 I stayed at the Salvation Army youth shelter for one to two years. I can’t quite remember.

While I was living at the shelter I became really mentally sick. I was hearing voices and I was engaging in self harming behaviors, cutting , burning etc. the staff at the shelter arranged for me to be seen at the Royal Ottawa to be assessed.

I saw a psychiatrist who diagnosed me with dissociative identity disorder otherwise known as DID and it used to be called MDD or Multiple personalities. Over the next 20 some years I was in and out of hospital – I was in the psych ward more often than not.

During this time I was also diagnosed with complex PTSD. I have been lucky to have worked with the same psychiatrist all these years. Having a familiar person in my life helped with my stability.

I never really stayed in one place for a long period of time. I have been a client with many agencies.

During one of my hospital visits approximately ten years ago my psychiatrist came into my room and told me about a new women’s housing project opening up. It was Cornerstone’s Booth Residence. He wanted me to apply.

And, it was the best thing I have ever done. Cornerstone saved my life.

I met with Sue Garvey the previous Executive Director and she told me I was accepted and I moved in on July 2, 2011! It was the beginning of a new chapter for me.

Since I have been at Cornerstone I have greatly reduced my hospital admission. The staff has encouraged me in reducing my self-harming. Cornerstone even helped me reconnect with my baby brother who lives in Moncton N.B.

There is a lot of support here! When I moved in I was told that I could stay at Cornerstone until I die. Over the past 10 years, we have lost some of the wonderful women who first moved in here in 2011.

I have never lived in one place for so long. I love it here.

I am 51 years old now. I am off the street. I live in a safe environment. I am staying out of the hospital. I stopped using drugs and smoking cigarettes. I am trying to have a better life. Cornerstone has really given me my life’s back.

Donate Today
Become a Monthly Donor
Donate
EN
From a life on the
streets to a home
of her own. 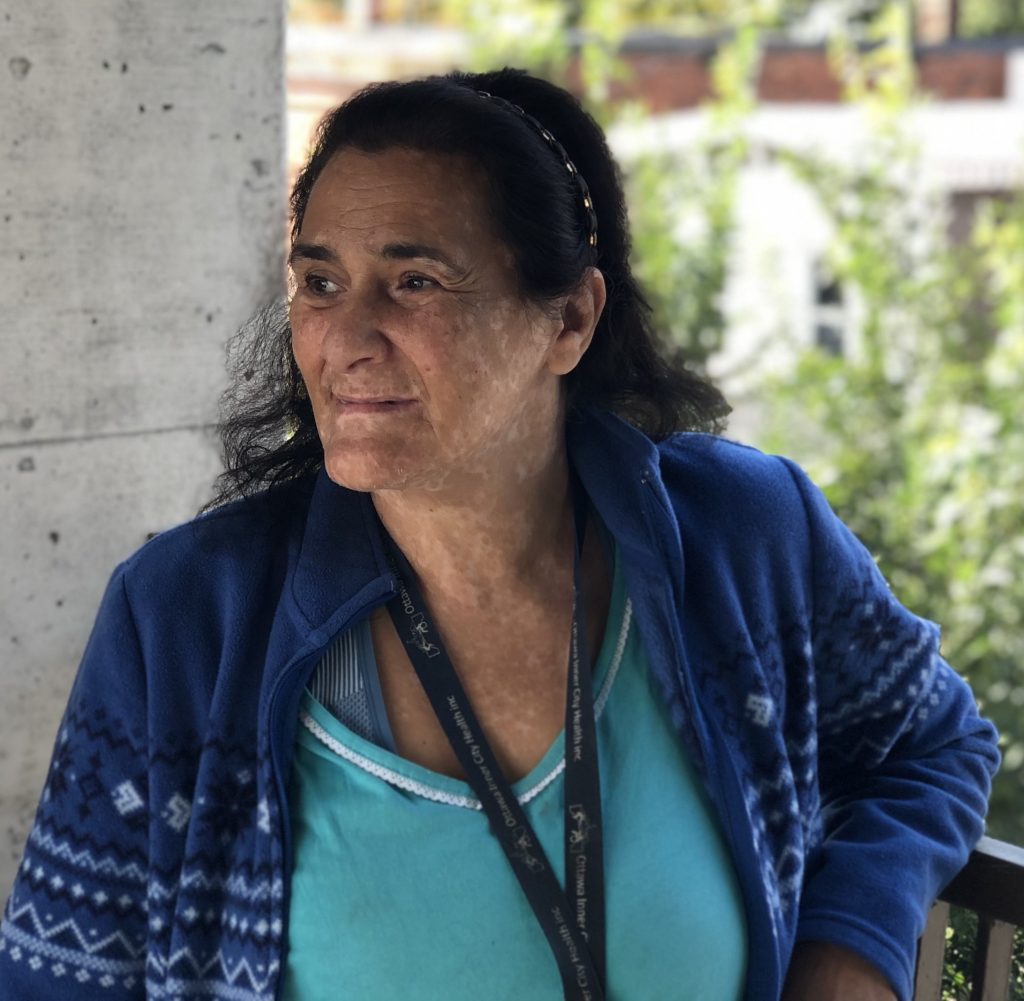